SEE-Impact: a study exploring how to involve stakeholders in research to promote research impact 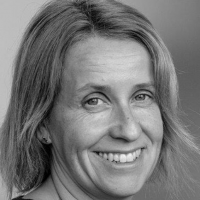 The UKRI funded SEE-Impact project led by Annette Boaz has explored how the engagement of potential stakeholders (such as policy makers) in the processes of a research study might increase the impact of research.

The study has used a range of methods including interviews, surveys, observations and reviews of documents to develop a detailed understanding of how stakeholder engagement might work as a mechanism for promoting impact.

In a series of open access papers, it has explored:

The study was conducted in the UK and four other European countries (Germany, Hungary, Spain, The Netherlands), allowing the team to compare stakeholder involvement in different contexts.

It is hoped that the findings will be of use to a wide range of medical research funders, in the public and charitable sectors, who are increasingly concerned to engage different groups of stakeholders and users in their research, so that research better meets their needs.

In a recent blog reflecting on the project, Annette Boaz suggested that efforts to facilitate co-production should focus on the practice as an epistemological, rather than methodological challenge, and focus on enabling the creation of academic identities that allow for authentic collaboration with research stakeholders. Read more on LSE Impact: Lost in co-production: To enable true collaboration we need to nurture different academic identities.

You can find all project publications in our resources section.

We are mapping engagement between academic research and governments internationally