Bridging the divide between social science and the media? 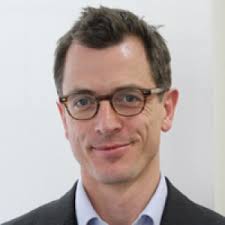 At a recent Transforming Evidence workshop, four panelists shared perspectives on how journalists, researchers and policymakers can work together, supported by specialist intermediaries. Jonathan Breckon (Senior Associate), draws together their insights.

It is over 30 years since the late, great scholar of evidence-based policy Carol Weiss and her colleague Eleanor Stringer wrote ‘Reporting of Social Science in the National Media’. What strikes you reading this book now is how positive and benign the relationship between the media and the public was back then.

It’s hard to know what Weiss would have made of journalism today. The explosive growth of social media has weakened the gatekeeping role of traditional journalism, amidst a 'collapse of the old news order’. Mainstream media is not immune to the agenda-setting power of fake news, which can drive what gets covered. And academics are bypassing journalists and taking to their own personal blogging sites or Twitter.

What is good evidence for journalism?

To begin with, we need to know what social science is newsworthy. David Walker, Chair of the Oxford Health NHS Foundation Trust, argued that journalists can be influenced by hierarchies of evidence – with economics and behavioural science at the top, pointing to how Covid-19 has drawn attention to the role of behavioural science in crises. It is also far from clear how social scientists convey evidence to journalists that is tentative and built on uncertainty. “Social research is more likely to produce relatively fragile evidence that is bound to limiting conditions”, according to one scholar who studied the media debate on violent video games. Central to communicating well is aiming to quantify degrees of uncertainty, or explaining what remains to be done to pin it down further. “Like all of us, journalists are having to get more accustomed to dealing with notions of risk and probability”, said panelist David Levy, from the Reuters Institute for the Study of Journalism.

Social scientists have also expressed concerns that their findings can be cherry picked and biased towards novel single studies for sensationalist headlines or ideological objectives. "Social scientists and journalists can't ignore the ideological factor. Much journalism is political action by another name, which necessarily makes the project of transmitting evidence that much more fraught", according to David Walker.

Several panelists described how important it was to have syntheses of social research in the media – and how they are valued by policymakers. As the current Chief Medical Officer Chris Whitty has advised: “it is rare that all the evidence needed for a moderately complex… problem comes from a single discipline, and rarer still that it comes from a single study”.

An expanding role for intermediaries

Specialist intermediaries – organisations or individuals that bring together expertise on research, policy and the media – are offering support to academics. Catherine Barnard, Co-Director of UK in a Changing Europe, sang the praises of university teams who are skilled in building relationships with journalists. However, some university press officers struggle to help the thousands of staff in their institutions - and some academics may want to work with outsiders. The Conversation UK, part of an international news network sourced from the research community, has trained editors who work closely with contributors to ask challenging questions, aiming to combine ‘journalistic flair with academic rigour’.

Other organisations are subject specific. The Education Media Centre was founded in 2012 to support education researchers by producing rapid reactions to news stories and live briefings for journalists. It has since evolved to be more proactive, highlighting newsworthy research and supporting social media and blogging. As their CEO Fran Abrams put it “we have to make the news rather than just follow it”.

In their 1987 book, Weiss and Stringer conclude that we should “try to wean the public from an appetite for simple, dramatic social science news to an appreciation for a more complex view of social reality”. The changes, they believed, needed to be in the institutions of social science – as well as with journalists and the media – including more ‘sanctions and rewards’ for faithfully reporting social science.

Andrew Jack, Global Education Editor at the Financial Times, told us that the challenge for academia is “the need for institutional incentives to encourage interdisciplinarity, relevance and engagement, as well as publications that appeal to a broader audience”. Jack also recommended more research on the ‘ethnography of impact’ to expand our understanding of what gets translated into policy, how and why.

Evidence intermediaries, including those working beyond social science, have an important role to play. But academics, journalists and editors still have their own responsibilities. Social scientists can work alongside journalists to reach wider audiences, and to try and communicate the Weiss ideal – a more nuanced and complex picture.

There are plenty of published practical tips for academic researchers that are worth consulting. Building relationships is often key to this advice. For those academics planning to do more with journalists, we heard seven pieces of advice:

Jonathan Breckon is a Senior Associate with Transforming Evidence and a Senior Policy Advisor with the Open Innovation Team.

Find out more about the event Social science and the media: how best to bridge journalism, research and policy? which ran on May 24 2021 – and stay up to date with future events here.

A shared agenda for the academic-policy ecosystem

Does the UK need an observatory for university engagement with policymakers?

Understanding the impacts of research synthesis

Suggests that there is no single, correct way to design research synthesis for impact

‘Practice at the boundaries’

Workshop summary about those working at the interfaces of science, policy and society